The Safari Sofa, Imperial and Rebellious

The Safari Sofa, Imperial and Rebellious 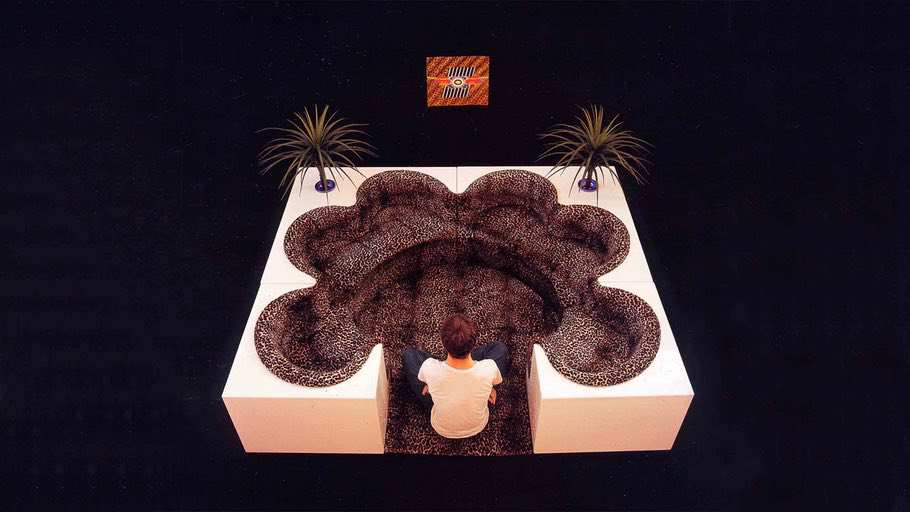 Radical, rebellious, and shocking. It’s the Safari Sofa (1969) by the Archizoom studio designers. Although made in the 60s, it looks nothing like that decade’s designs. Instead of blending in, this piece of furniture stands out. It’s impossible to ignore, almost shocking to the viewer. Between the 60s and 70s, people were used to plastic objects produced with stamps. Forget creativity, and in comes the functionality.

The Safari Sofa provokes anyone who is watching, making them rethink the concept of space. And to rethink the idea of architecture. In the world of the Non-Stop-City project, architecture and design don’t follow any rules. In this future (and slightly utopic) reality, everything can be repurposed for maximum demographic concentration. And there is no room for mass production. There is room for unique pieces like the Safari Sofa.

The introduction written by Archizoom for the Safari Sofa speaks for itself:

An imperial piece in the dreariness of your domestic walls.

A piece that is finer than you.

An excellent piece that you would not deserve.

Imperial, beautiful, and provocative. This Italian sofa is anything but minimalist or a reflection of the decade’s style. In the 60s, people looked for functional pieces, fluffy and puffy couches to lay on after a long day at work. The furniture fits the room, and it almost melts into the domestic landscape.

Not the Safari Sofa with its giant fiberglass structure, a seat in foam rubber, and a plush covering. It’s made of two pieces, one on top of each other, one circular, and one in the form of a wave. The entire design also features two palm trees in the corner and a carpet that matches the covering in a fake leopard leather. “Imagination” is an understatement.

While people didn’t enjoy the radical design in their middle-class living rooms, the Safari Sofa has become a cult of this creative era, the era of Poltronova and Archizoom. Giant and kitsch, this couch also features a plush-like covering. A giant leopard. When you enter a room, it’s impossible to miss it. It’s so flashy that it’s almost vulgar. A real hunting trophy, an exotic dream.

The story of the Safari Sofa

Designed in 1968, this couch was made in Italy. It was born from the brilliant and controversial minds of the four designers of Archizoom studio. The group created the Safari Sofa for the Italian company Poltronova. They had the same philosophy:

The sofa is part of the No-Stop City project, designed to shock and create a new city.

“A set of architectural boxes no longer represents the city, but it is a fluid product of people, services, communication, and globalization,” said Andrea Branzi from Archizoom. Institutions and the cities were in crisis, and pieces like the Safari Sofa were meant to challenge citizens. Almost like, “we are failing, wake up.”

There is no order in our world, so let’s mix it up, even with design. That’s what Archizoom studio, Poltronova, and designers like Ettore Sottsass and Mario Ceroli thought. Ceroli still uses wood to reflect an alternative post-war style with pieces like the floor lamp “La Quadra” and the headboard “Bocca della Verità,” mouth of truth, made of Pine of Russia.

While Archizoom didn’t survive the 70s, designers like Ceroli are still relevant nowadays. And they are still breaking every rule of design, even decades later. Once a rebel, always a rebel.