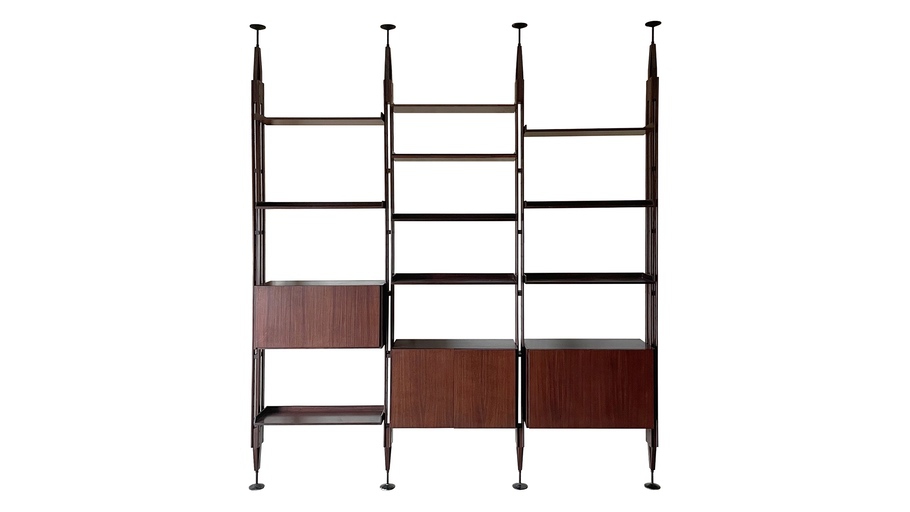 Franco Albini was an innovator. He was born as an architect, but he turned to design when he discovered the Italian rationalism movement in the 1930s. Then, he never looked back. The Italian designer aimed at creating unique pieces that were both functional and beautiful. He wanted to instill emotions and feelings in the viewers. Albini wanted to fill the space of rooms and offices, but he wanted to do it with purpose.

Without a doubt, he’s part of the Italian avant-garde movement of creators who aimed at being different. This innovative group was looking at tradition and the past to build a new future for architecture and design. Each piece of furniture featured the latest technology of the time and the creator’s personality and taste. Franco Albini was no different.

The Specs of the Infinito Bookcase

Also known as LB7 bookcase, this 1956 creation represents futuristic design in the 50s. It’s a modular bookcase, perfect to fit every space and anyone’s taste. It fits in the bedroom, the living room, and the office. Thanks to its modularity, the Infinito bookcase fits everywhere. How? Albini used a vertical pillar, light and functional, thanks to the building device Albini used: a vertical pillar. The pillar became almost a signature of the Italian designer, who liked using it for his architectural projects too. He wanted to defy gravity.

That’s what the LB7 bookcase does. This unique piece could be a piece for the floor and a piece for the ceiling. The Infinito can also be a dividing wall, functioning as an elegant partition element. It features adjustable uprights, standard (or drop-down) doors, and two wooden (either walnut or rosewood) pillars. Each of them has four rods united to the rest of the structure with brass screws. People could also place shelves and containers.

Albini designed the Infinito Bookcase for a private project, the Casa Ferrario. This creation was such a success he proposed a new version in 1958, the LB10. If the previous one was innovative, this latest bookcase is almost futuristic. It was the result of the collaboration with designer Franca Helg. It features the same shelves and spaces as the Infinito Bookcase, but the innovation of the LB10 is one: it’s self-supporting.

The 1958 piece features wooden pillars attached to a triangular metal base. The two designers also created an extra support to hook the bookcase to the ceiling. It represented the best of Italian design, and that’s why the company Cassina reissued it in the recent past: it was so iconic; it was time to bring it back.

The History Behind It

Every detail and element of the Infinito Bookcase represents the curiosity and personality of Franco Albini. He combined different materials, such as wood and metal, to create unique pieces, reflecting his personality. He also liked to work with the elements around him, like light and air, to create timeless pieces. An architect with a creative eye and a will to look draw outside the lines, Albini liked to experiment.

That’s how the LB7 was born, with the desire to defy gravity and the traditional rules of design. It was time to hook bookcases to the ceiling and add pillars to the constructions to ensure everything fits and was stable. Every piece Franco Albini designed had the same concepts. Even the Luisa armchair that he designed for the company Poggi, the same company that had also collaborated with Vico Magistretti, Afra and Tobia Scarpa, and Marco Zanuso.

Franco Albini’s career was the career of a trendsetter, of someone who wasn’t afraid of experimenting. And the LB7 bookcase proves it. 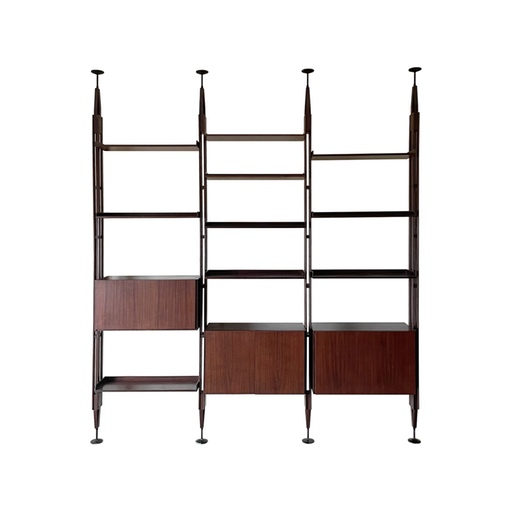