“Delfi” dining table, designed by Carlo Scarpa and Marcel Breuer and produced by the Italian manufacturer Studio Simon in 1969.

Made of white gioia Carrara marble.

Designed in 1969, the marble table was originally made of three pieces (its two feet and the tabletop). Delfi is a re-work of the 1930’s Marcel Breuer original, which Carlo Scarpa worked on with Marcel Breuer to modify for industrial production by Simon. In 1968 when Dino Gavina, who had been given the original table as a gift by Marcel Breuer, saw the interest Carlo Scarpa took in it, it suggested that they try to make some changes. Carlo Scarpa made only the slightest alterations, working only on the opening holes at the center of its huge monolithic feet, giving the entire a more rationalist appeal and adding to its highly poetic presence.

Born in Venice on June 2nd, 1906,  Carlo Scarpa began working at a very early age. Only a year after he had first qualified as an architect in 1926, he began working for the Murano glassmakers Cappellin & Co. in a consultative capacity; from 1927, he began to experiment with the Murano glass, and this research not only gave him excellent results here but would also inform his progress for many years to come. Between 1935 and 1937, as he entered his thirties, Carlo Scarpa accepted his first important commission, the renovation of Venice’s Cà Foscari. He adapted the spaces of this stately University building which stands on the banks of the Grand Canal, creating rooms for the Dean’s offices and a new hall for academic ceremonies; Mario Sironi and Mario De Luigi were charged with doing the restoration work on the frescos. After 1945, Carlo Scarpa found himself constantly busy with new commissions, including various furnishings and designs for the renovation of Venice’s Hotel Bauer and designing a tall building in Padua and a residential area in Feltre, which are all worth mention. One of his key works, despite its relatively modest diminished proportions, was the first of many works which were to follow in the nineteen fifties: the [bookshop known as the] Padiglione del Libro, which stands in Venice’s Giardini di Castello and shows clearly Scarpa’s passion for the works of Frank Lloyd Wright. In the years which were to follow, after he had met the American architect, Scarpa repeated similar experiments on other occasions, as can be seen, in particular, in the sketches he drew up in 1953 for villa Zoppas in Conegliano, which show some of his most promising work. However, this work unfortunately never came to fruition. Carlo Scarpa later created three museum layouts to prove pivotal in terms of how twentieth-century museums were to be set up from then on. Between 1955 and 1957, he completed extension work on Treviso’s Gipsoteca Canoviana [the museum that houses Canova’s sculptures] in Possagno, taking a similar experimental approach to the one he used for the Venezuelan Pavilion at [Venice’s] Giardini di Castello which he was building at the same time (1954-56). In Possagno Carlo Scarpa was to create one of his greatest ever works, which inevitably bears comparison with two other museum layouts that he was working on over the same period, those of the Galleria Nazionale di Sicilia, housed in the Palazzo Abatellis in Palermo (1953-55) and at the Castelvecchio in Verona (1957- 1974), all of which were highly acclaimed, adding to his growing fame. Two other buildings, which are beautifully arranged in spatial terms, can be added to this long list of key works that were started and, in some cases, even completed during the nineteen fifties. After winning the Olivetti award for architecture in 1956, Scarpa began work in Venice’s Piazza San Marco on an area destined to house products made by the Industrial manufacturers Ivrea. Over the same period (1959-1963), he also worked on renovation and restoration of the gardens and ground floor of the Fondazione Querini Stampalia in Venice, which many consider being one of his greatest works. While he busied himself working on-site at the Fondazione Querini Stampalia, Carlo Scarpa also began work building a villa in Udine for the Veritti family. To shed some light on the extent to which his work evolved over the years, it may perhaps be useful to compare this work with that of his very last building, villa Ottolenghi Bardolino, which was near to completion at the time of his sudden death in 1978. Upon completion of villa Veritti over the next ten years, without ever letting up on his work on renovation and layouts, Scarpa accepted some highly challenging commissions which were to make the most of his formal skills, working on the Carlo Felice Theatre in Genoa as well as another theatre in Vicenza.

Towards the end of this decade, in 1969, Rina Brion commissioned Carlo Scarpa to build the Brion Mausoleum in San Vito d’Altivole (Treviso), a piece he continued to work on right up until the moment of his death. Nevertheless, even though he was totally absorbed by work on this mausoleum, there are plenty of other episodes which can offer some insight into the final years of his career. As work on the San Vito d’Altivole Mausoleum began to lessen from 1973, Carlo Scarpa began work building the new headquarters for the Banca Popolare di Verona. He drew up plans that were surprisingly different from the work he was carrying out at the same time on the villa Ottolenghi. However, the plans Carlo Scarpa drew up, at different times, for a monument in Brescia’s Piazza della Loggia commemorating victims of the terrorist attack on May 28th, 1974, make a sharp contrast to the work he carried out in Verona, almost as if there is a certain hesitation after so many mannered excesses. The same Pietas that informs his designs for the Piazza Della Loggia can also be seen in the presence of the water that flows through the Brion Mausoleum, almost as if to give a concrete manifestation of pity in this twentieth-century work of art. Carlo Scarpa has put together a highly sophisticated collection of structures, occupying the mausoleum’s L-shaped space stretching across both sides of the old San Vito d’Altivole cemetery. A myriad of different forms and an equally large number of different pieces, all of which are separate and yet inextricably linked to form a chain that seems to offer no promise of continuity, rising up out of these are those whose only justification for being there is to bear the warning “si vis vitam, para mortem”, [if you wish to experience life prepare for death] as if to tell a tale that suggests the circle of time, joining together the commemoration of the dead with a celebration of life. At the entrance of the Brion Mausoleum stand the “propylaea” followed by a cloister which ends by a small chapel, with an arcosolium bearing the family sarcophagi, the main pavilion, held in place on broken cast iron supports, stands over a mirror-shaped stretch of water and occupies one end of the family’s burial space. The musical sound of the walkways teamed with the luminosity of these harmoniously blended spaces shows how, in keeping with his strong sense of vision, Carlo Scarpa could make the most of all of his many skills to come up with this truly magnificent space. As well as a great commitment to architectural work, with the many projects which we have already seen punctuating his career, Carlo Scarpa also made many equally important forays into the world of applied arts. Between 1926 and 1931, he worked for the Murano glassmakers Cappellin, later taking what he had learned with him when he went to work for the glassmakers Venini from 1933 until the 1950s. The story of how he came to work on furniture design is different, however, and began with the furniture he designed to replace lost furnishings during his renovation of Cà Foscari. The later mass-produced furniture started differently, given that many pieces were originally one-off designs “made to measure”. Industrial manufacturing using these designs as prototypes came into being thanks to the continuity afforded him by Dino Gavina, who, as well as this, also invited Carlo Scarpa to become president of the company Gavina SpA, later to become SIMON, a company Gavina founded 8 years on, in partnership with Maria Simoncini (whose own name accounts for the choice of company name). Carlo Scarpa and Gavina forged a strong bond in 1968 as they began to put various models of his into production for Simon, such as the “Doge” table, which also formed the basis for the “Sarpi” and “Florian” tables. In the early seventies, other tables that followed included “Valmarana”, “Quatour” and “Orseolo”. While in 1974, they added couch and armchair “Cornaro” to the collection and the “Toledo” bed in the following year. From 1974-75 saw the arrival of the bookcase “Rialto” and the “Delfi” table, which resulted from an unusual pairing of Carlo Scarpa with Marcel Breuer, one of the greatest twentieth-century furniture designers. 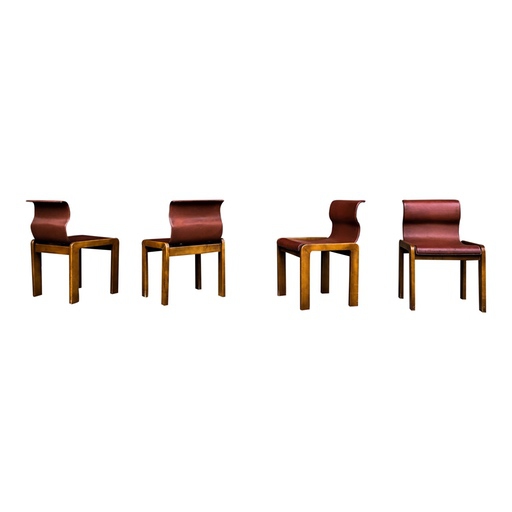 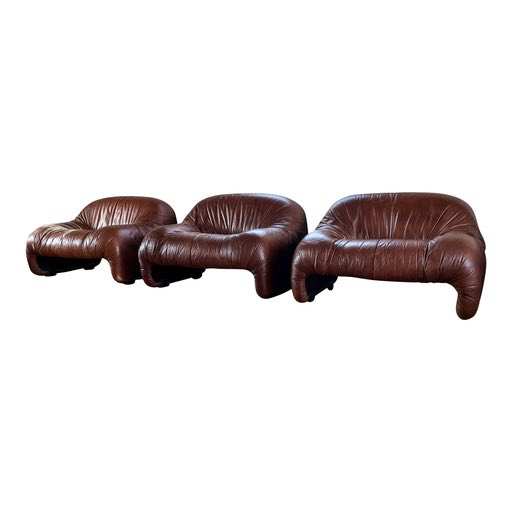 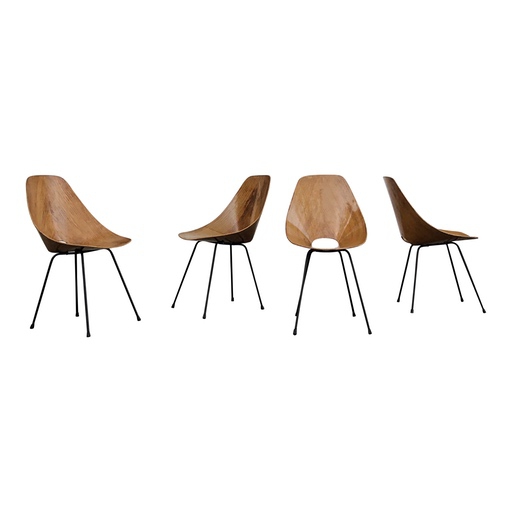 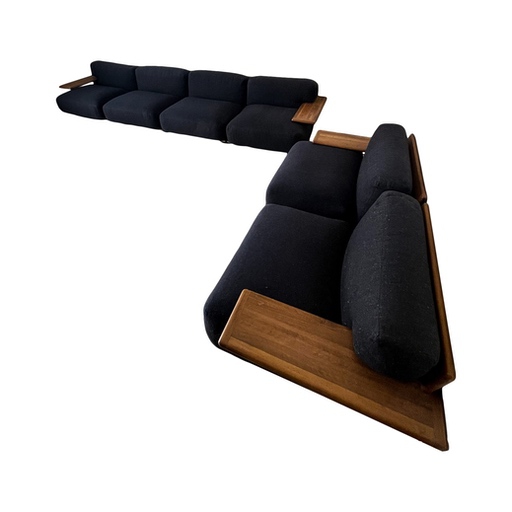 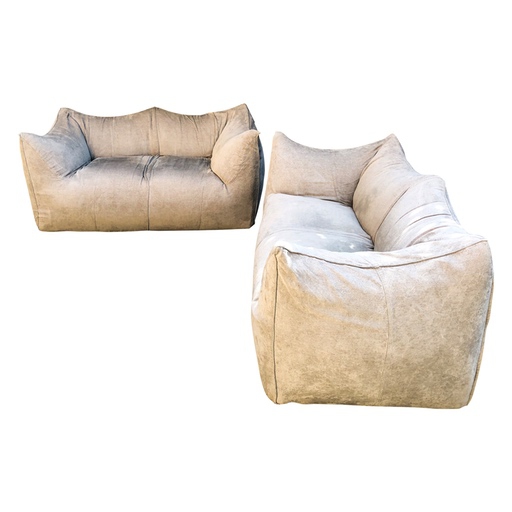 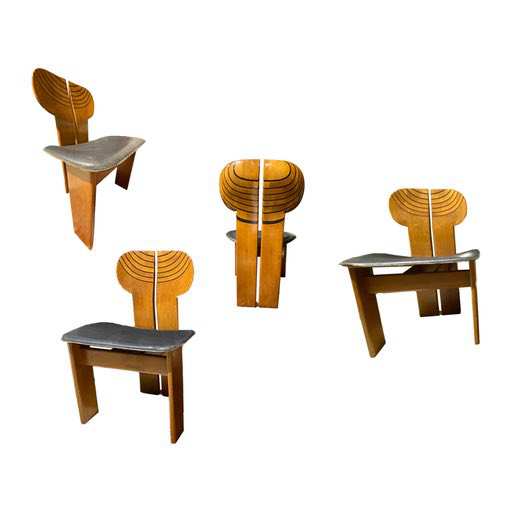 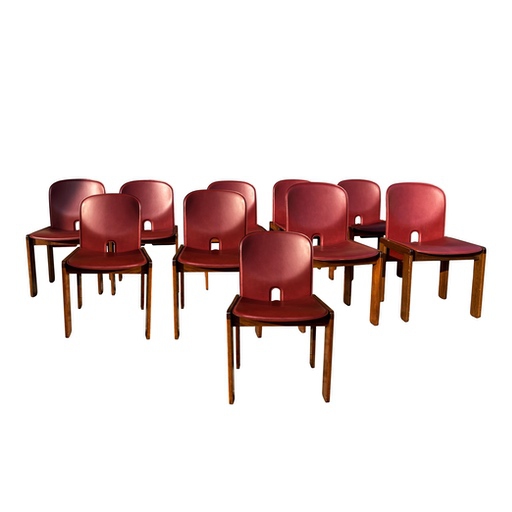